Causes, development and operative therapy options of a varicocele.

1. When is varicocele surgery useful?

4. Risk of injuries during varicocele surgery

When is varicocele surgery useful?

The opinions of doctors and urologists on the surgical treatment of varicocele testicle (varicose vein testicles) differ widely in practice. This is due to the fact that they are differently informed and have also had different experiences in the treatment of their patients. While a large group of urologists generally advise against varicocele surgery, the other group (often also surgeons) advises to act as early as possible.

Ultimately, the decision for or against surgery lies with the patient, without sufficient information about the causes of varicocele and the risk factors for its further development. Only rarely it is explained how these risk factors can be minimized, nor is an alternative natural treatment route indicated.

A varicocele describes a varicose vein rupture in the venous plexus formed by the testicles and epididymis. In 75 to 90 percent of cases, varicocele occurs on the left side. As long as the patient complains of no acute or persistent pain, the majority of urologists believe that varicocele does not require any therapy. According to the textbook for urology, 4-11% of all men are affected by a varicocele (varicose vein testicle). It is assumed that the number of unreported cases is much higher, as many men with varicocele do not even go to an urologist. These counts speak of a whole 15-20% of all men suffering of varicocele. Men between the ages of 18 and 25 are particularly affected. Only in older adults, when the varicocele is already advanced (higher grades), varicocele is perceived as a problem and the urologist is consulted.

Due to the accumulation of blood in the varicocele and its inability to properly return it to the heart (venous valve insufficiency), the venous plexus at the spermatic cord (plexus pampiniforms) expands. As a consequence of varicocele, the walls of the veins are often injured and often the testicles affected are also damaged. The blood congestion in the varicocele causes an unnatural heat to develop around the testicles. The testicles require a temperature 2-3° Celsius below the normal body temperature of about 36.5° Celsius for optimal performance.

Toxins in the bloodstream and the reflux of blood also pose a further risk to the testicles. These toxins can accumulate in the varicocele due to the disturbed blood circulation and thus negatively affect the testicles and their function. The formation of varicose veins in the venous plexus of the testes (plexus pampiniformis) can impair the supply of nutrients, fertility and hormone release of the testes.

Many helpful tips and effective measures to normalise the testicle temperature throughout the day and to significantly reduce the number of toxins in the blood can be found in chapters 5 and 10 of the Varicocele Treatment Guide.

Read on now to learn more about the various varicocele surgical techniques.

Specialist doctors are widely convinced that the various varicocele surgery procedures have proven to be equivalent overall – in terms of treatment success. A surgery on the particularly sensitive testicles is always associated with certain risks of injury and varicocele surgery does not necessarily improve fertility. For this reason, many urologists recommend avoiding surgery at the beginning of varicocele development. The risk-free alternative natural treatment of a varicocele is the best option at this point.

At present, the following surgical methods are among those available in medicine for the treatment of varicose veins in the testicles. Ultimately it depends on the experience of the surgeon in question which method he offers and performs. In about 5-10% of all cases, varicose veins in the scrotum are still present. In this case another operation or sclerotherapy is necessary. A regression after successful surgery is not guaranteed and can complicate the natural regression process afterwards.

This procedure is performed under local anesthesia. A sclerosing agent is injected into the affected vein through an incision in the groin or scrotum. The disadvantages of this method are an increased risk of damage to the testicles and the recurrence of varicose veins. For example, a persistent atrophy (shrinkage) of the affected testicle can occur after the operation.

Antegrade Varicocele Sclerotherapy (according to Tauber)

In antegrade sclerotherapy, the testicular veins are exposed under local anaesthetic after an approximately 2 cm incision in the scrotum. The dilated veins are then punctured and then the sclerosing agent is injected. Due to its relatively simple feasibility, this surgical treatment method for varicocele has become one of the most frequently used procedure, mostly performed on an outpatient basis. In children, an inpatient stay of one to two days is more likely.

Another treatment method is retrograde sclerotherapy (sclerotherapy of the varicocele testis). First, the inferior vena cava, the renal vein and the testicular vein are x-rayed. Meanwhile, the leg vein at groin level is punctured and from there a thin catheter (via the left renal vein) is inserted into the left testicular vein, where the sclerosing agent is then injected. During the treatment the testicles are usually under a lead shield and mainly the area below the kidney is exposed to X-rays. This method is considered rather outdated and is only rarely performed by doctors and hospitals.

Another gentle and effective surgical procedure is a short procedure under general anaesthesia. During laparoscopy, three small incisions are made in the lower abdomen to find the corresponding vein and cut it. The varicose veins then recede and the venous outflow reorganises itself. The procedure is almost painless and the stay at the clinic usually lasts only two days. A distinction is also made here between the high ligature according to Bernardi (severing of the dilated testicular vein) and the high ligature according to Palomo (severing of all spermatic cord vessels, vein and artery). This procedure is often used after a relapse (recurrence after previous sclerotherapy).

It is recommended to have a spermiogram before varicocele surgery and about 6-9 months after the surgical treatment. This will show whether fertility and semen quality has improved.

Risks of injuries during varicocele surgery

Despite the greatest care, complications may occur during or after surgery, which may require immediate treatment and can be life-threatening (very rare!).

The following should be mentioned:

Your urologist will inform you about the risks in your individual case in a personal consultation before varicocele embolisation / surgery. 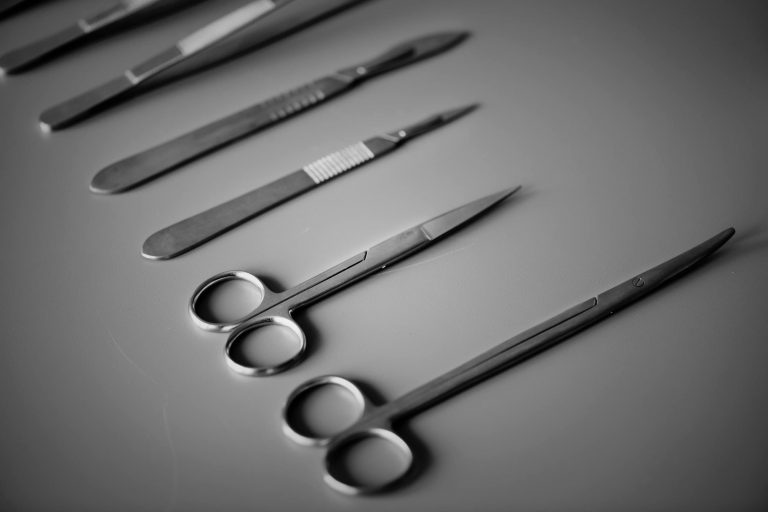 On the one hand, varicoceles surgery carries certain risks of injury, but on the other hand it can also offer opportunities, such as achieving the status quo (no further deterioration). Those affected should be aware that regardless of whether they decide for or against an operation, they should in any case restore the healthy conditions for their body in order to achieve freedom from symptoms and varicocele in the long term.

If men with varicocele do not change anything about their lifestyle and the risk factors that were responsible for the varicocele development and progression, the probability of a recurrence (relapse) of the varicose vein after successful surgery is much higher than if they decide to use the methods and take measures presented in the Varicocele Treatment Guide.

In the opinion of many urologists, varicocele surgery should always be the last step in varicocele treatment and should only be done if the natural treatment methods have been used over a longer period of time and have not led to the desired results.

Read on now to learn more about varicocele surgery. 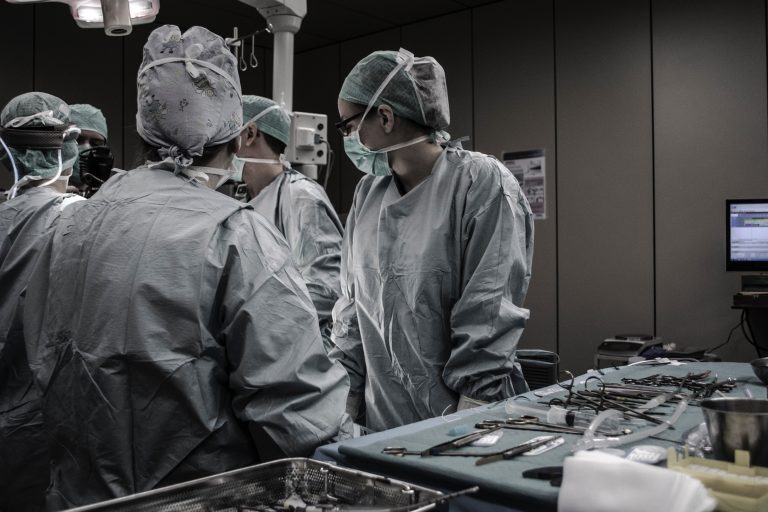 Can varicocele surgery improve fertility or not? The results of the study on improving varicocele fertility do not allow a clear conclusion to be drawn. The study shows that about 16 out of 100 women become pregnant without their husbands having had varicocele surgery. At the same time, 32 out of 100 women whose husbands had surgery became pregnant. Other studies show that the surgery did not improve semen quality, while certain changes in personal lifestyle achieved equivalent results for the man’s fertility.

Those affected should therefore consider carefully whether varicocele surgery is the right choice in their individual case – or whether they want to start with natural treatment methods first.

An operation on the particularly sensitive testicles is always associated with certain risks of injury. The alternative to surgery is to find out the individual varicocele causes and treat the varicose veins in a natural way. In this way those affected can be free of symptoms in the long term and effectively counteract further development. The following applies: The earlier affected men start the natural treatment, the sooner the first tangible and visible results can be achieved.

Even if patients decide to have surgery because, for example, grade 3 varicocele has been diagnosed or the symptoms are affecting their quality of life too strong, the advices and treatment measures presented in the varicocele guide will greatly help them to recover quickly from surgery – and most importantly: Most likely prevent a recurrence of varicocele in the future. Read the entire guide to varicocele treatment now to get the best possible results.

Varicocele Surgery is the last step, it is better if you deal with the individual causes first.

Unfortunately, very few urologists will inform you about this (also due to time constraints),

The guide to varicocele treatment answers all these and many other important questions so that those affected can better understand the varicocele (varicose vein of the testicles) and then take the right measures for themselves. The decision to have varicocele surgery – yes or no – can also be made with a good feeling after reading the guide.